Stumbled upon a band from Japan called Special Others. Their music can probably be best described as instrumental post-rock, but with the feel of a jazz band. Their song “Ngoro Ngoro” caught my attention–it’s formatted much like a jazz tune where the band plays the head and then trades solos. I thought it would be a good exercise for me to transcribe the guitarist’s solo; here’s what I got so far: 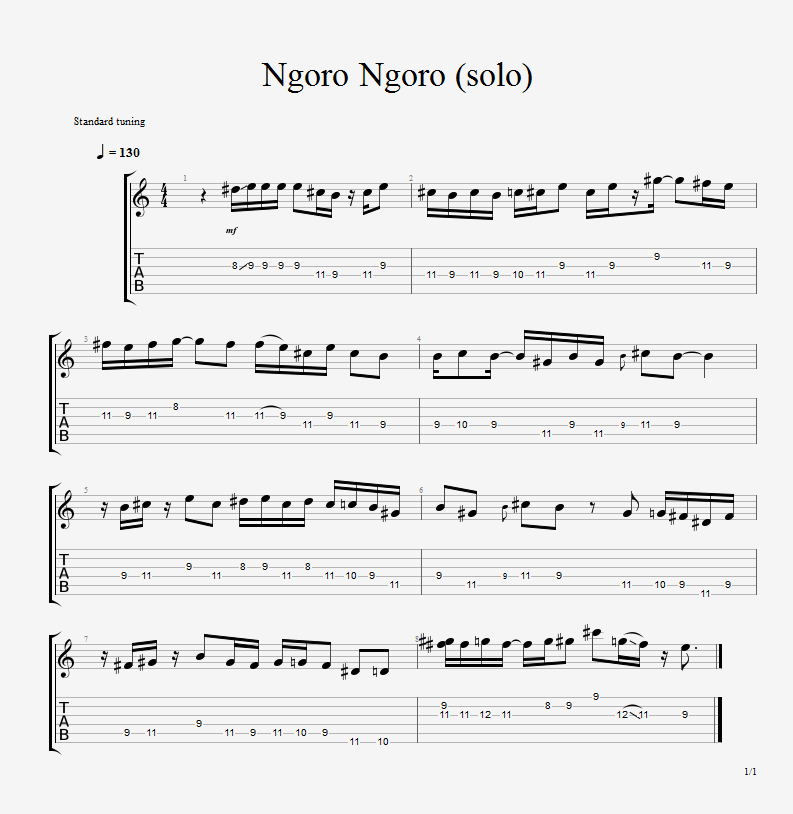