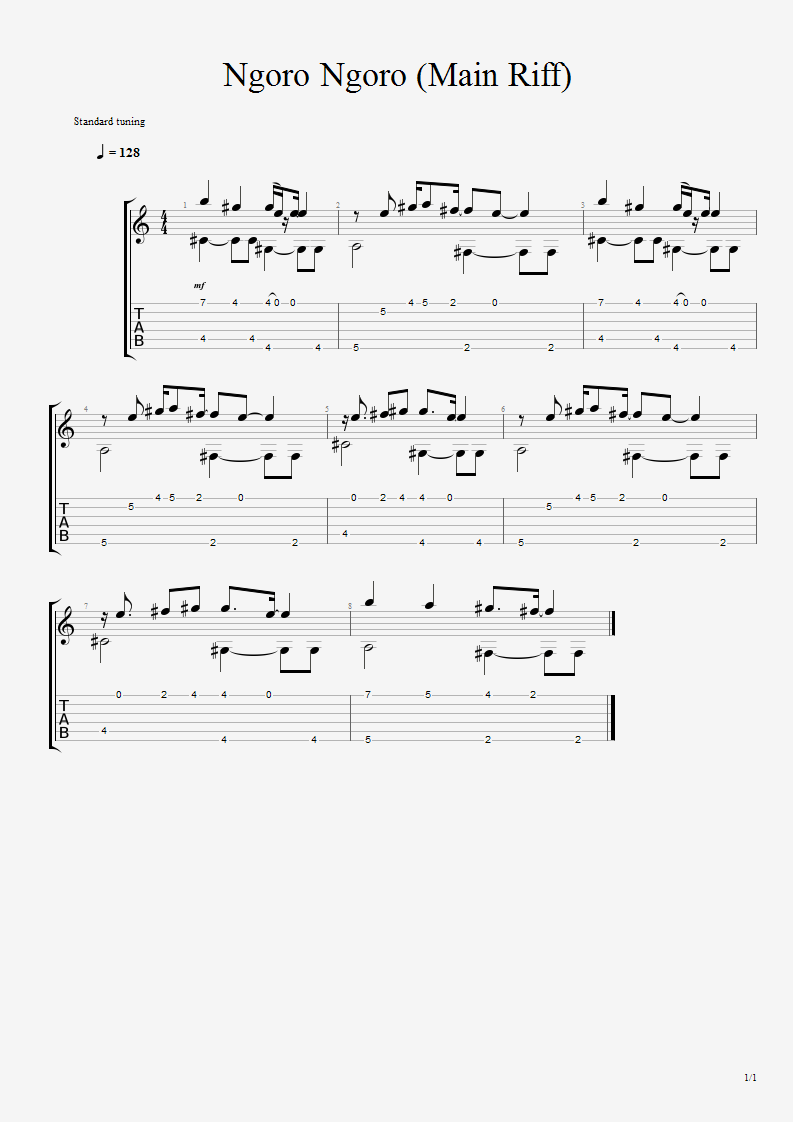 For fun, I programmed an approximation of the drums into Guitar Pro and recorded the guitar and a bass guitar on top. 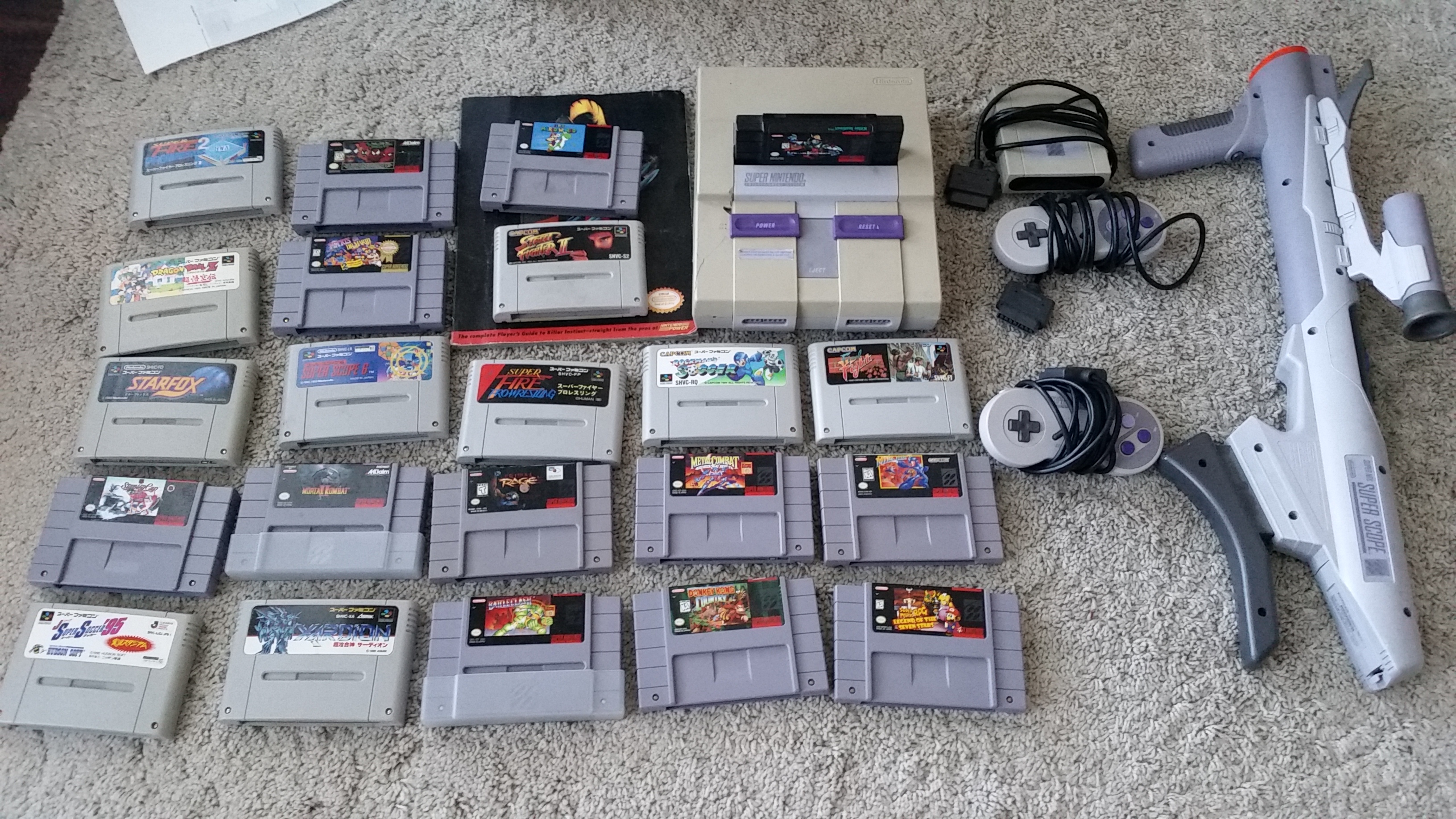 This one has many memories attached to it. For me, the SNES era marked the moment in time where video games became a part of my self-identity. Video games were my favorite thing in the world. There’s evidence of this in this book project we did in kindergarten: 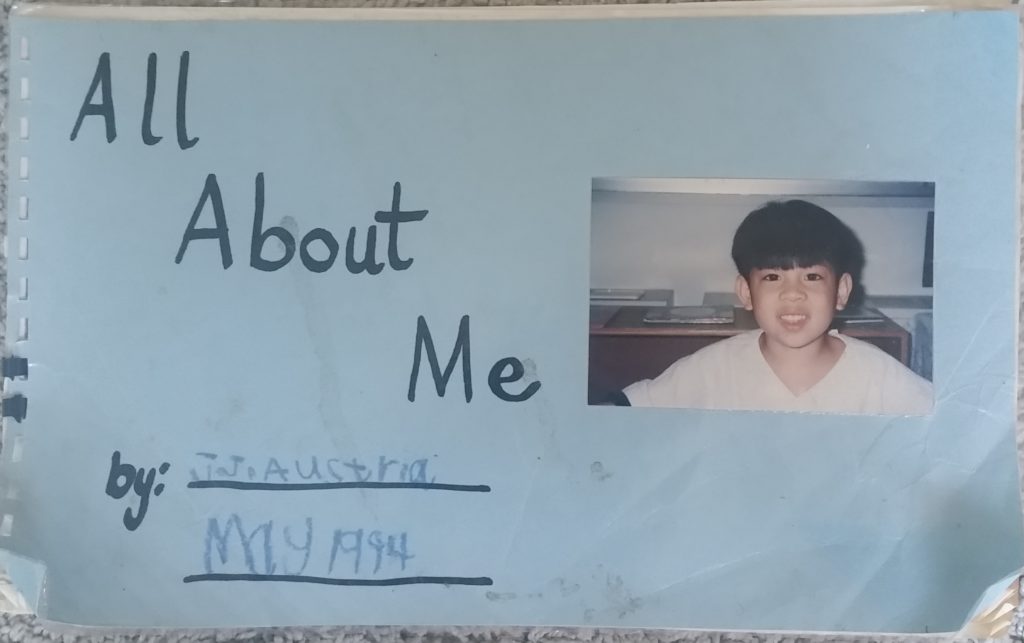 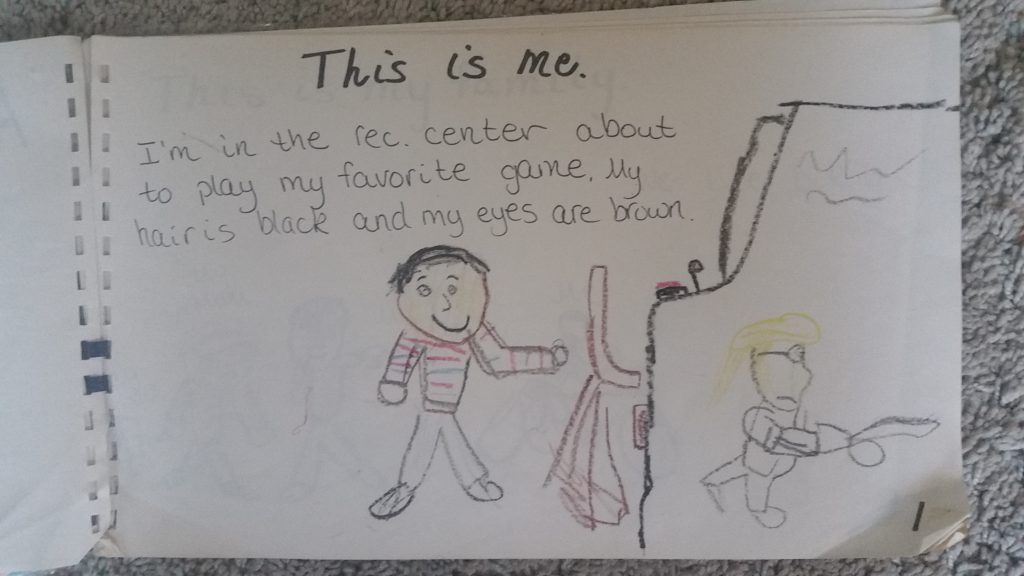 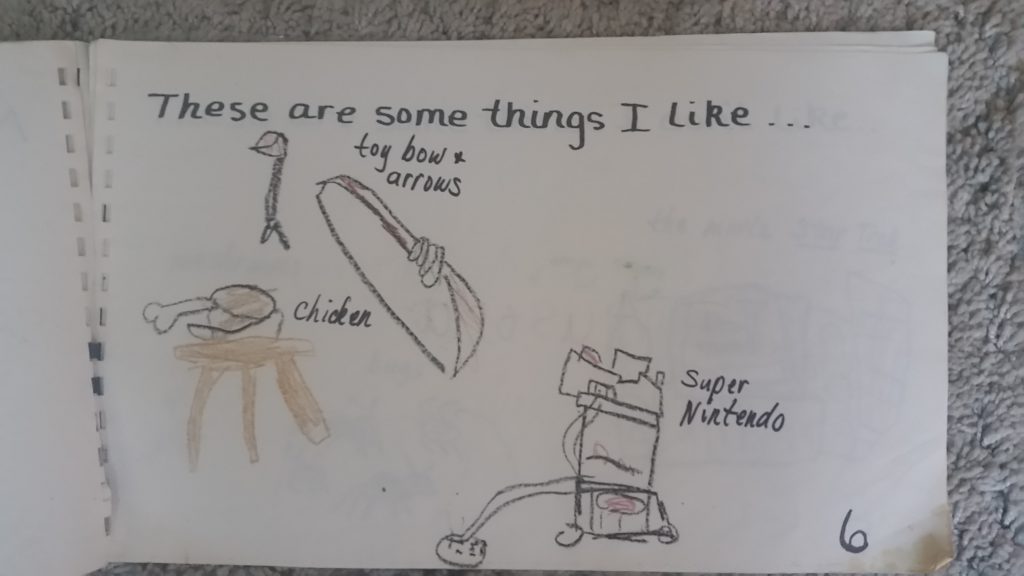 Dumb kid was me. Favorite game at the rec. center was Captain Commando (1991). The Super Nintendo in the drawing is the same one in the first photograph of the post.

I’ll definitely be sad to be dumping my SNES and all the Super Famicom games I played on it, but I’d much rather have the freed up space. Accessibility isn’t a huge concern for me because many of these games have been re-released for newer consoles, SNES consoles and games are very easy to grab on eBay if I ever change my mind, and this was recently announced.

Favorite 5 games from this console: